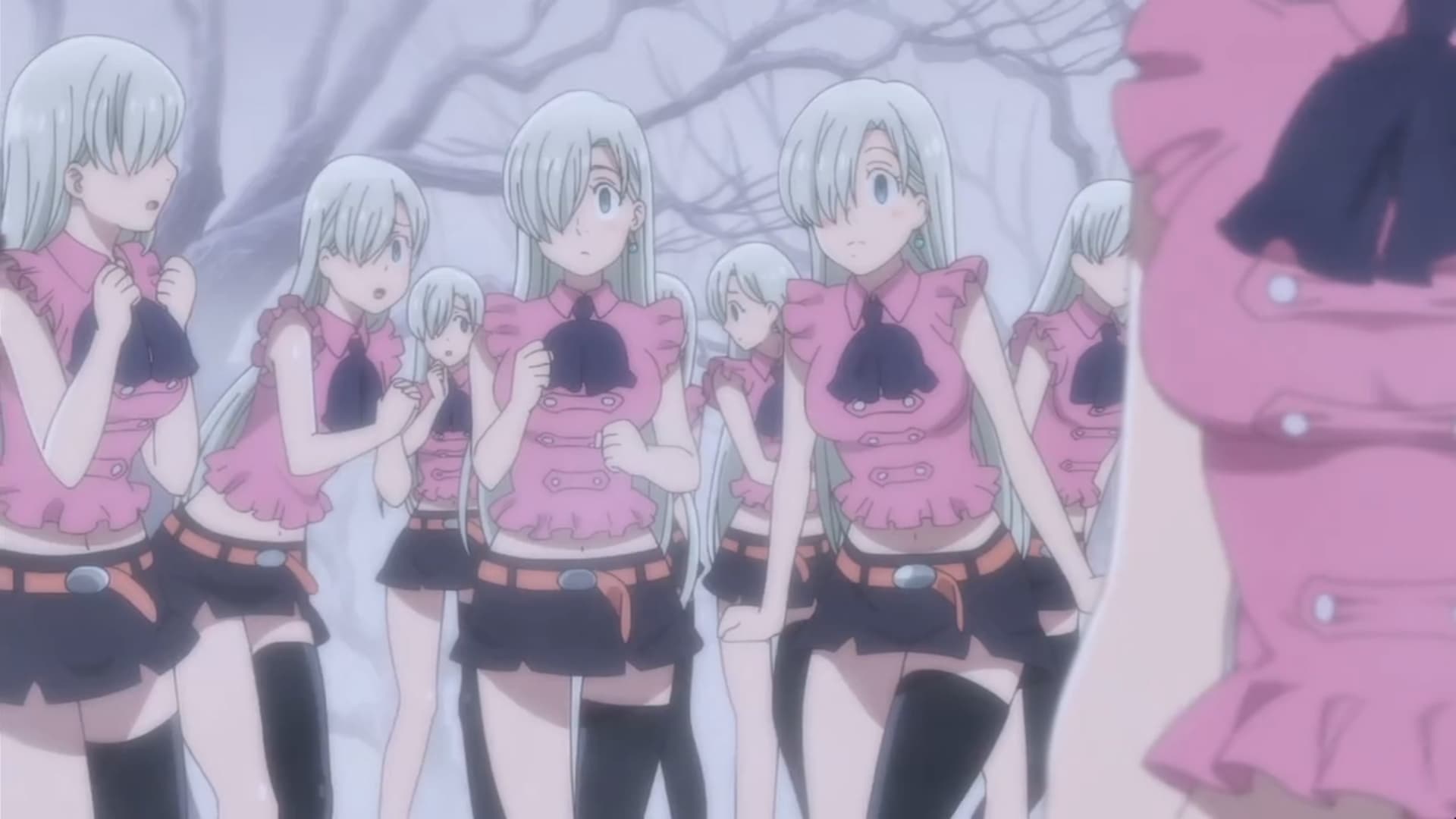 Meliodas, Elizabeth and Hawk travel to the Forest of White Dreams, a foggy, dense forest where even the Holy Knights avoid. Inhabiting the forest are Prankster Imps, which harbour shapeshifting abilities that confuse travellers by impersonating their companions. After defeating the Prankster Imps, they find a Giant girl asleep in the forest, who introduces herself as Diane, a member of the Seven Deadly Sins who possesses the Serpent’s Sin of Envy, declaring her crush on Meliodas. This surprise reunion is soon interrupted when Gilthunder arrives, binding all of them with his lightning magic and facing Meliodas in a one-on-one fight, where the latter is dealt a severe injury. Under the pretense of dying, he acquires information about the whereabouts of two members of the Seven Deadly Sins, Ban and King, as his apparent last wish, tracing their locations to the Baste Dungeon and the Capital of the Dead respectively.