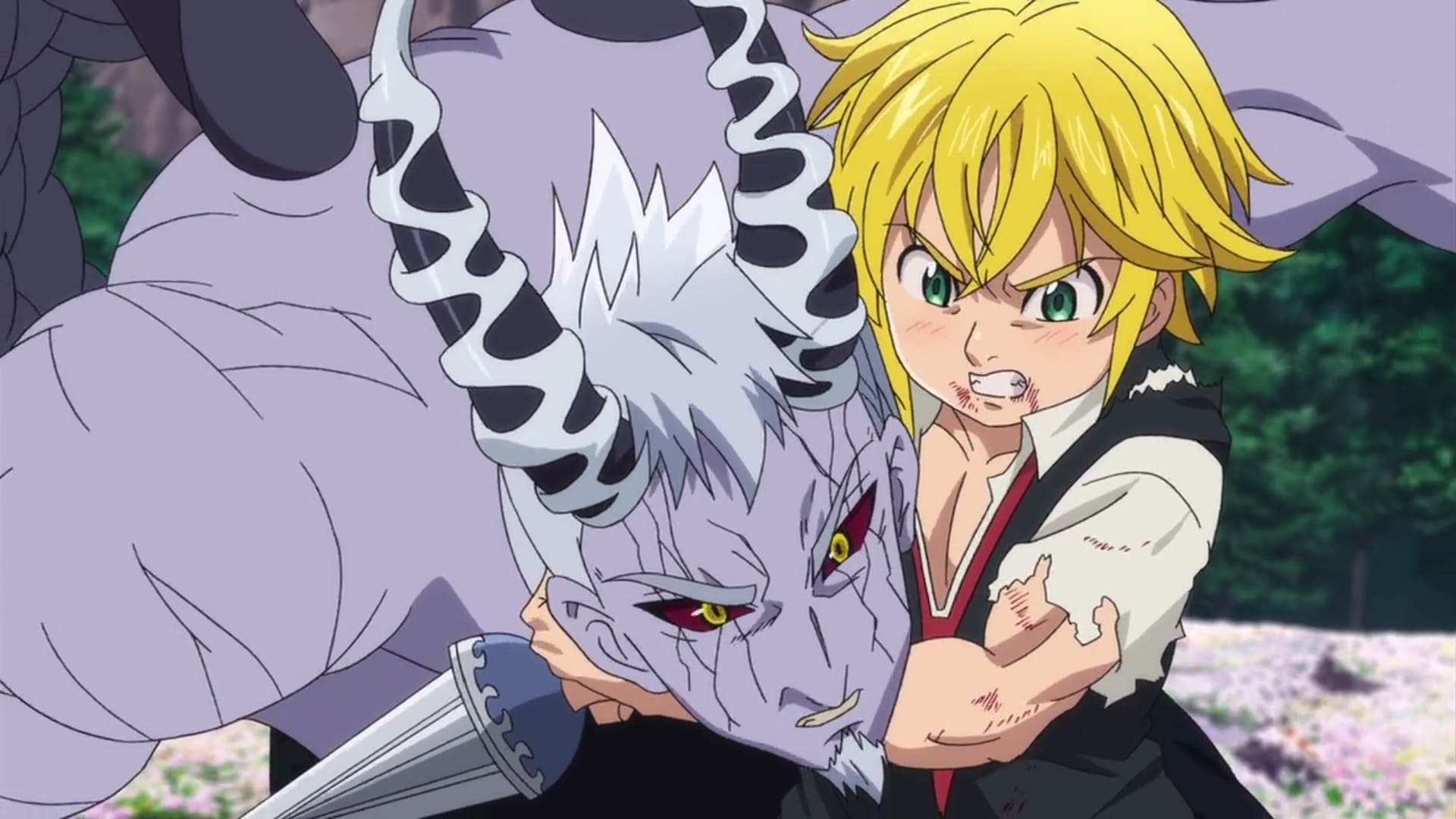 The Seven Deadly Sins and the Holy Knights all combine forces in an attempt to defeat Hendrickson. Meliodas, given support from his friends and allies, uses his ultimate technique to finish Hendrickson off. When Bartra appears with Merlin, he commands the Holy Knights to restore the kingdom and preserve its people as their “punishment” for starting a holy war. Bartra then thanks the Seven Deadly Sins for saving the kingdom and protecting Elizabeth. Hawk is revived as a piglet, much to a surprise. Things return to normal inside the kingdom, and a festival is held at night. The next day, Elizabeth joins Meliodas, Hawk, Diane, Ban, King, Gowther and Merlin in finding the last member of the Seven Deadly Sins, Escanor, the Lion’s Sin of Pride.