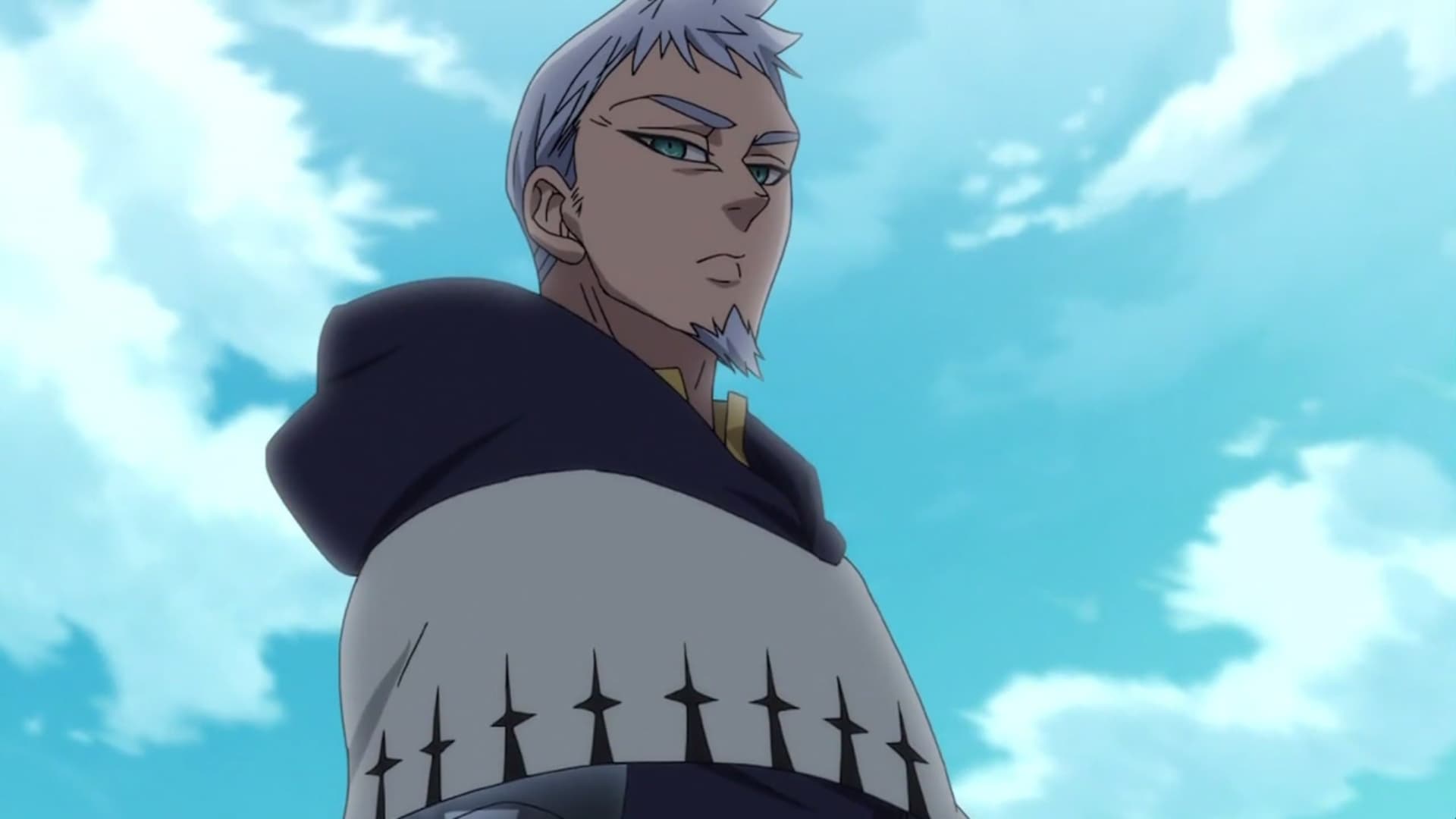 Gowther is welcomed by the others into their group, but he soon finds out the true secrets behind them by delving deep into their memories and emotions. Meanwhile, Hendrickson and Helbram have the hilt of Meliodas’s sword in possession, in which they plan to use it as a fragment of a ritual relic, known as the Coffin of Eternal Darkness, to resurrect the red demon race as a means to start a holy war. At the Boar Hat, Holy Knight Vivian suddenly appears and kidnaps Elizabeth and Hawk. Diane throws Meliodas, Ban and Gowther toward the Kingdom of Liones, where the three are bombarded by an army of Holy Knights on the north side of the castle. However, Arthur Pendragon, the young king of Camelot, has approached the south side of the castle with his own army.