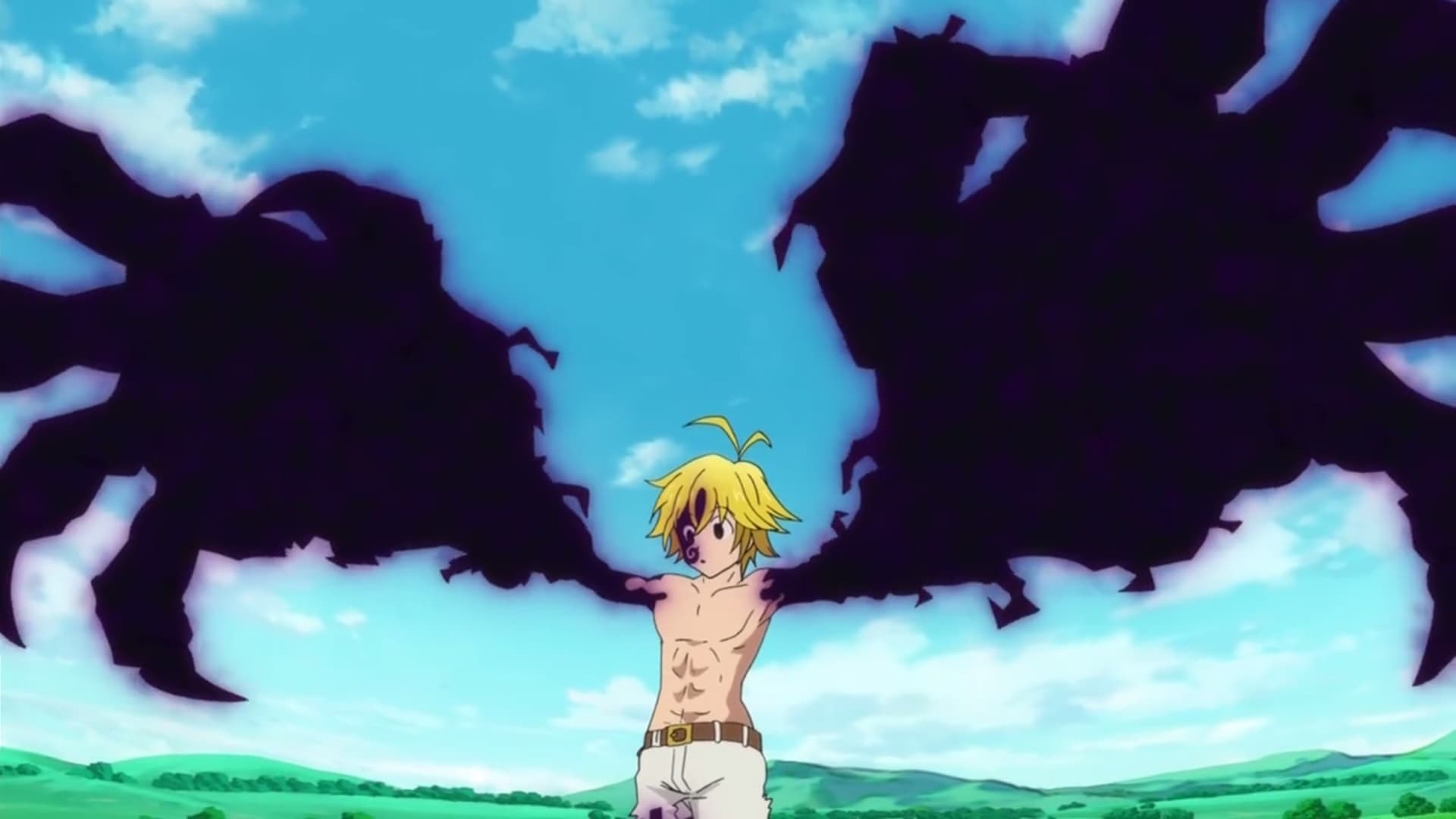 With his true power finally shown, Meliodas clashes with Helbram, who takes note on how Meliodas hones his dark abilities. After managing to defeat Meliodas, Helbram steals Meliodas’s sword. Ban takes Elizabeth, Hawk and King to safety, while Diane returns to her normal size and wields Gideon with attacks that crumble the earth, forcing Helbram to retreat with Guila and Jericho in tow. Elizabeth embraces Meliodas after he is rescued by Diane, later lamenting the death of Veronica. Ban and King express their motives behind taking back the kingdom. With his sword now stolen, Meliodas vows to end the ongoing war once and for all.