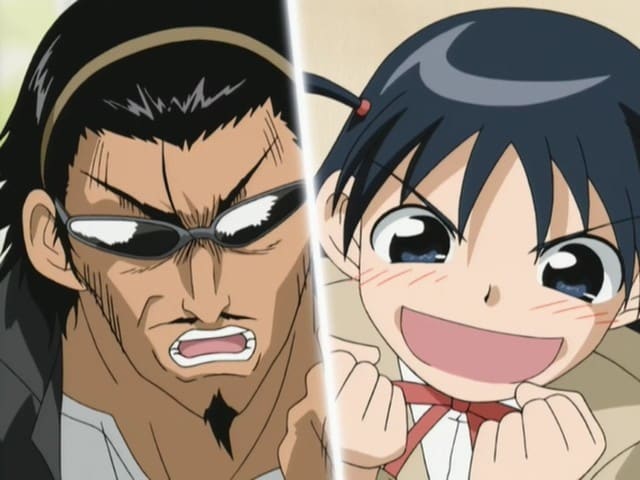 Punding Heart at a New School Term!: Tsukamoto Tenma is an ordinary girl who is about to enter her second year of high school, hoping to be in the same class with her crush, Karasuma Ooji. On the other side of the coin, Harima Kenji is a delinquent boy who is in love with Tenma, and he wants to be in the same class as her.Struggle with a Love Letter: When Tenma discovers that Karasuma is going to transfer soon, she tries to reveal her feelings for him by writing a love letter. Harima does the same thing and writes a love letter for Tenma.Zooming on Bicycles!: Tenma and Harima try to get closer to the crushes by bicycling to school together.