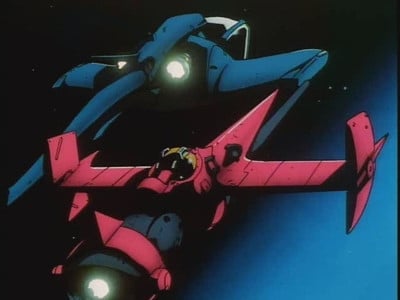 It’s a normal day on the Bebop for bounty hunters Spike and Jet, until they find out about a new bounty hunter. Asimov Solensan is going around selling a new drug that he stole from the syndicate. It is an eyespray called “Bloody Eye” which makes all of its users very fast and almost invincible, but they also go crazy. Spike and Jet do whatever it takes to catch the culprit. At the same time the syndicate is trying to kill Asimov and get the drug back from him.