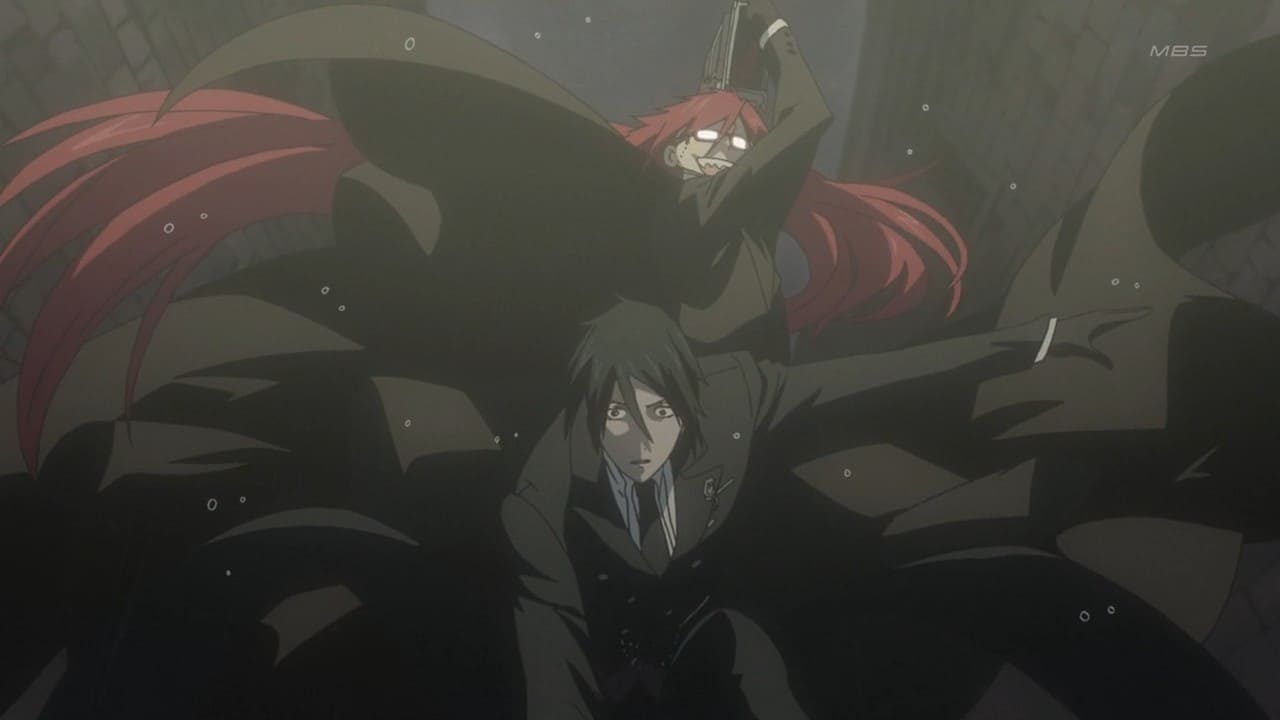 Ciel and Sebastian continue to pursue Jack the Ripper and come to a confrontation at the house of the latest victim, Mary Kelly. They discover that the murderer is a combination of Madam Red and Grell Sutcliff, her seemingly bumbling butler, who is actually a Reaper. While Sebastian is busy fighting Grell, Madam Red attempts to kill Ciel, but she sees her sister’s face in his and is unable to do so. Grell kills Madam Red because of this and her life is played back before his eyes, as Reapers can see a person’s memories as they die. It is revealed that she loved Ciel’s father, but he chose Rachel, her sister, over her. Eventually, she found someone she loved and married him, and was to have a child, but an accident killed her husband and caused the doctors to have to abort her baby and take out her womb to save her life, rendering her infertile. When one of her patients came to her and asked for an abortion, claiming children were a nuisance, something in her snapped and she followed the patient later that night and killed her. It was then that she met Grell, and the two of them murdered people as Jack the Ripper since then. Sebastian is ordered by Ciel to kill Grell.