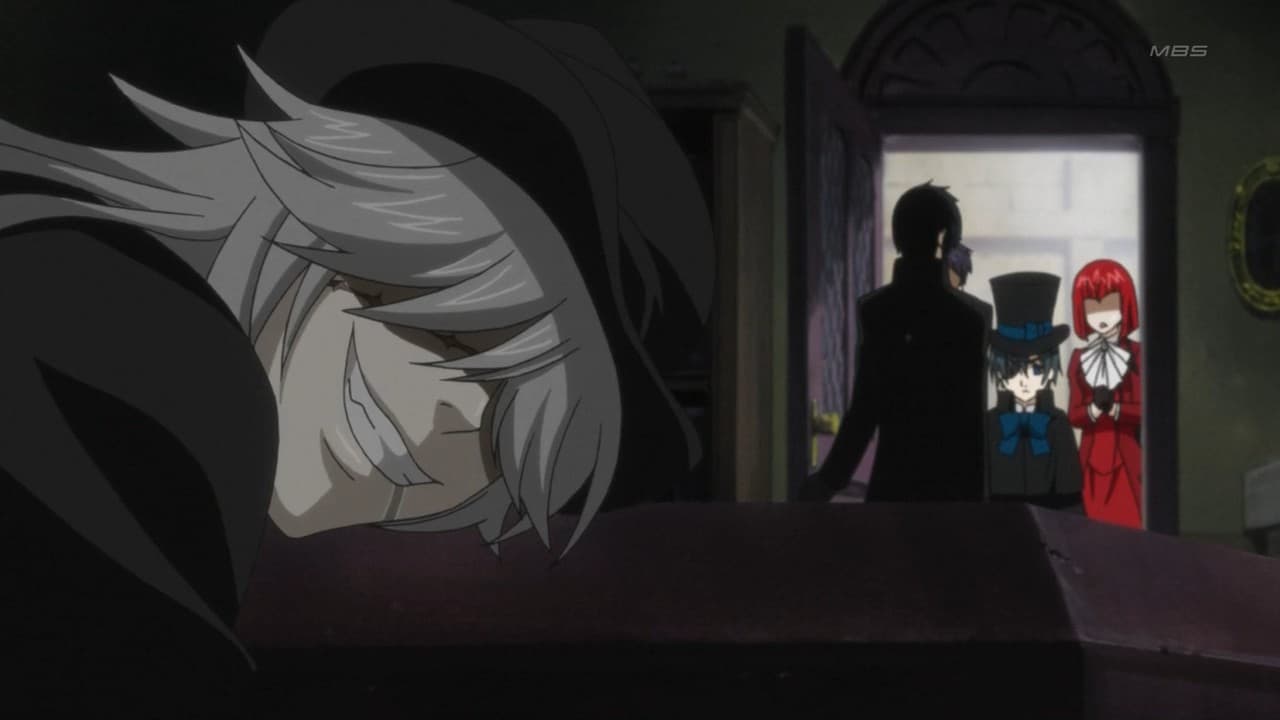 The news of Jack the Ripper terrorizes the city of London. Sebastian narrows the suspects down to a single man, a Viscount. Madame Red creates a plan for Sebastian, Ciel and Lau to attend a ball to catch the culprit, which involves Ciel wearing a dress and Sebastian pretending to be his tutor. They realise that Elizabeth is attending the ball and dance across the ballroom to avoid her because she would then blow there cover and then they would get caught.As Ciel says that Elizabeth has too much energy. The Viscount takes a liking to Ciel, who attempts to seduce him, while Sebastian distracts Elizabeth and the other guests by pretending to be a magician and gets trapped in a box with all these knifes and chains with using only magic as he says(which is true). Alone in a room with the Viscount, which turns out has a smell that Ciel thinks its just a smell,then Ciel loses consciousness, later awaking to find himself being sold in a large underground auction, tied and blindfolded. When the Viscount removes the blindfold in order to display Ciel’s eyes, the latter keeps them closed. After a moment, he opens them and calls for Sebastian. The lights go out, and the cries of many people are heard and the candles are suddenly relit to reveal Sebastian, who takes Ciel home as the police arrive at the scene.