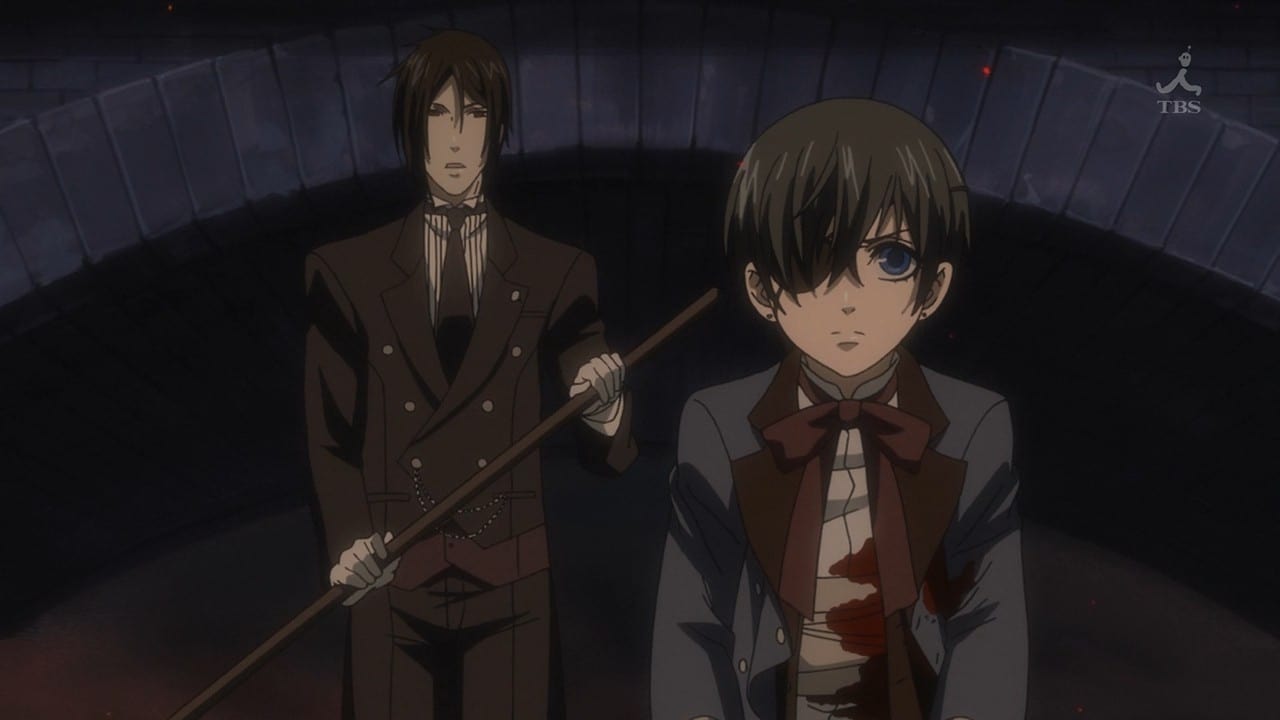 Ciel heads to the Tower Bridge that is still in mid-construction with Sebastian, where he finds the angel Ash. Ciel commands Sebastian to kill the angel. Ciel’s servants have taken down Pluto, the Shinigami cut off the supply of souls that fuel Ash’s strength, and Sebastian reverts to his true demonic form to defeat Ash. In the aftermath, a fake Queen Victoria emerges and urges London to begin rebuilding. Ciel wakes up being ferried by Sebastian on an ominous river to an unknown location. Sebastian hands Ciel Tanaka’s diary, in which Tanaka details the former Lord Phantomhive’s knowledge of his impending death. Sebastian and Ciel land at the rubble of a mansion, where Ciel calmly waits for Sebastian to take his soul. Ciel’s final order to Sebastian is to make the process as painful as possible, so as to carve the pain of his life into his soul, to which Sebastian agrees. It is not known what happens to Ciel.