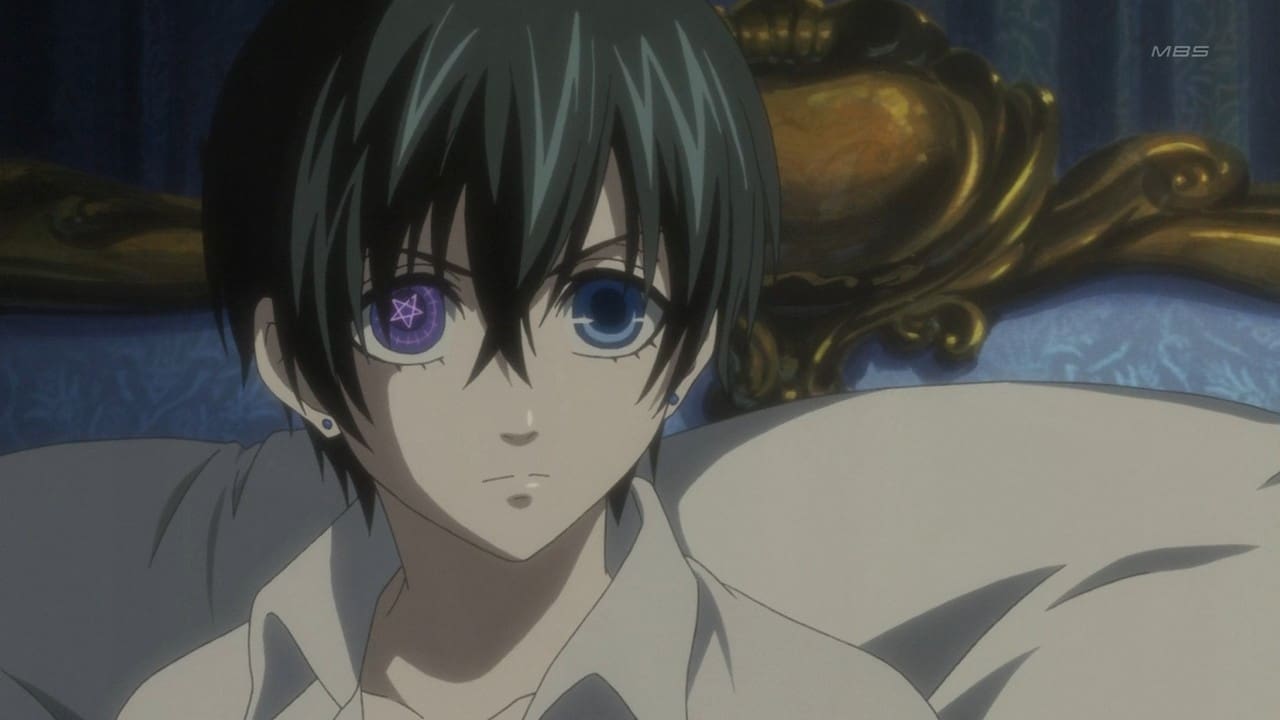 Ciel and Sebastian head off to the Exposition Universelle in Paris to meet Queen Victoria and become wrapped up in the festivities of the Expo. A taxidermy monkey suddenly springs to life and destroys the lighting equipment, so Sebastian makes Ciel escape ahead to an elevator in the Eiffel Tower. Inside he finds Queen Victoria waiting for him. The two arrive at the top of the tower, where the Queen reveals that Ash granted her youth. Sebastian and Ash engage in a duel, raining debris down onto people below, so Ciel calls Sebastian off to prevent hurting them, which angers Sebastian. The next morning Ciel realizes that Sebastian has left him alone at the hotel and is non-responsive to his summoning, so Ciel attempts to make his way back to London on his own. He barely makes it to the port, where he spends the night sleeping cold and hungry on the docks. Meanwhile at the Phantomhive Estate, Ash takes control of Pluto and sets the property around the mansion on fire.