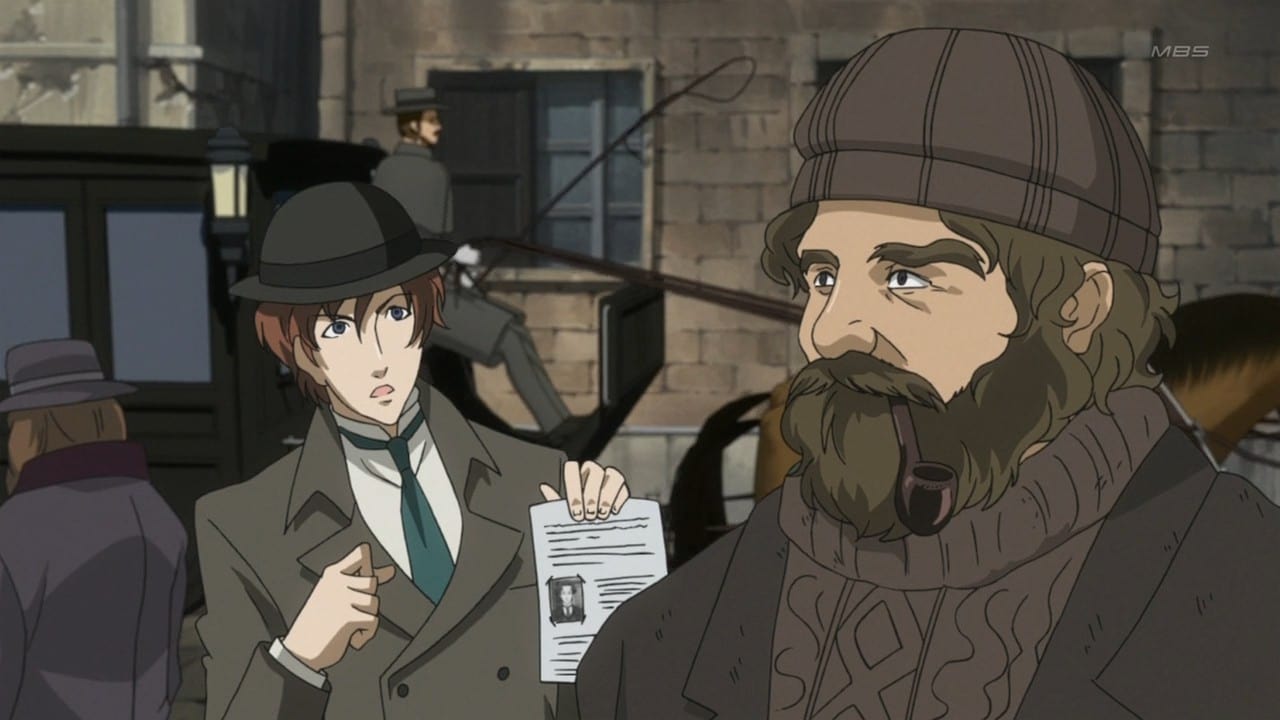 The body of John Stanley, a man who worked under the Queen, is found murdered in the River Thames. The Queen orders Ciel to retrieve an item from Stanley’s body. Ciel goes to Lau, who controls the area where Stanley’s body was discovered, for information. Lau does not recognize the name, but mentions a new drug, Lady Blanc, the name of which reminds Ciel of Angela. A large amount of the illicit drug is later found in one of Ciel’s warehouses. Lau and Ciel are charged with drug trafficking, but Lau escapes. Ciel is separated from Sebastian, who is taken to the Tower. It is revealed that orders for the arrest were given by the Queen through her butler, Ash, with the drugs planted as a pretext.