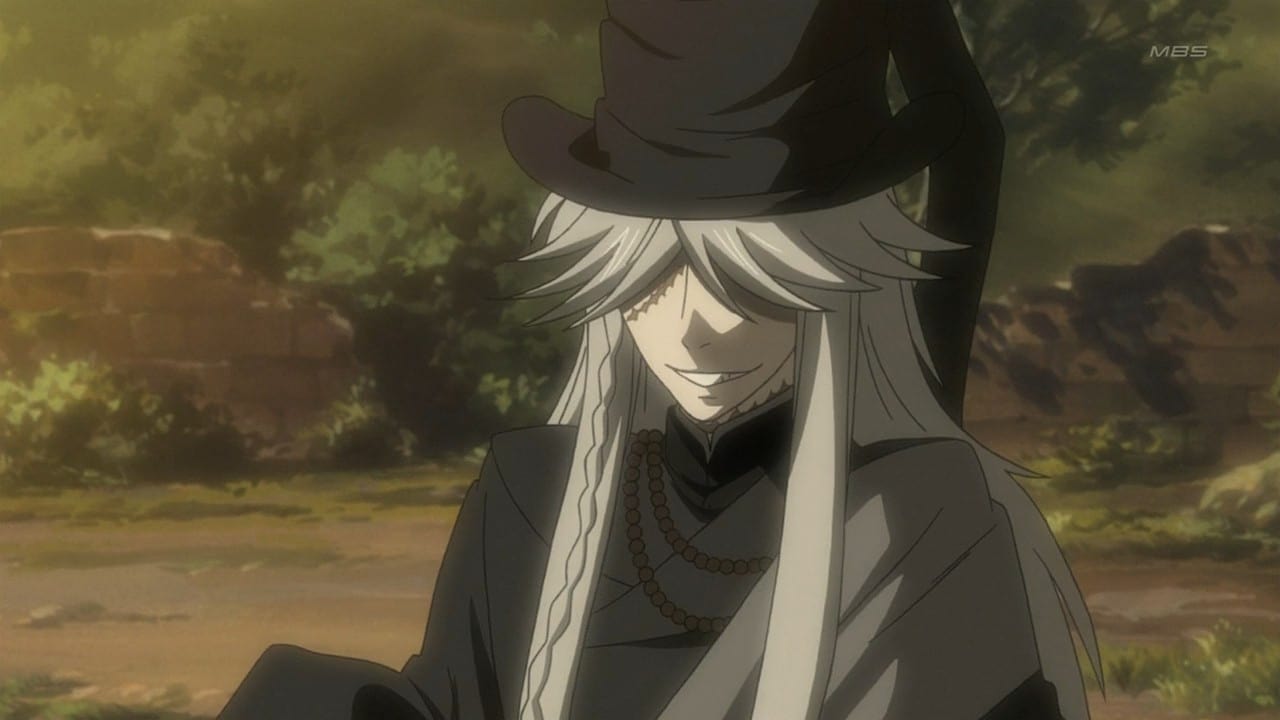 Queen Victoria’s butler informs Ciel that an abandoned monastery in rural Preston has been taken over by a cult that is possibly planning to overthrow the government, so Ciel and Sebastian head there to investigate with the Undertaker and Grell. They find that the cult uses a strange book known as the Doomsday Book to recruit new members and expose their pasts. Ciel is summoned one night and gets taken away by Angela, who reveals herself to be an angel.