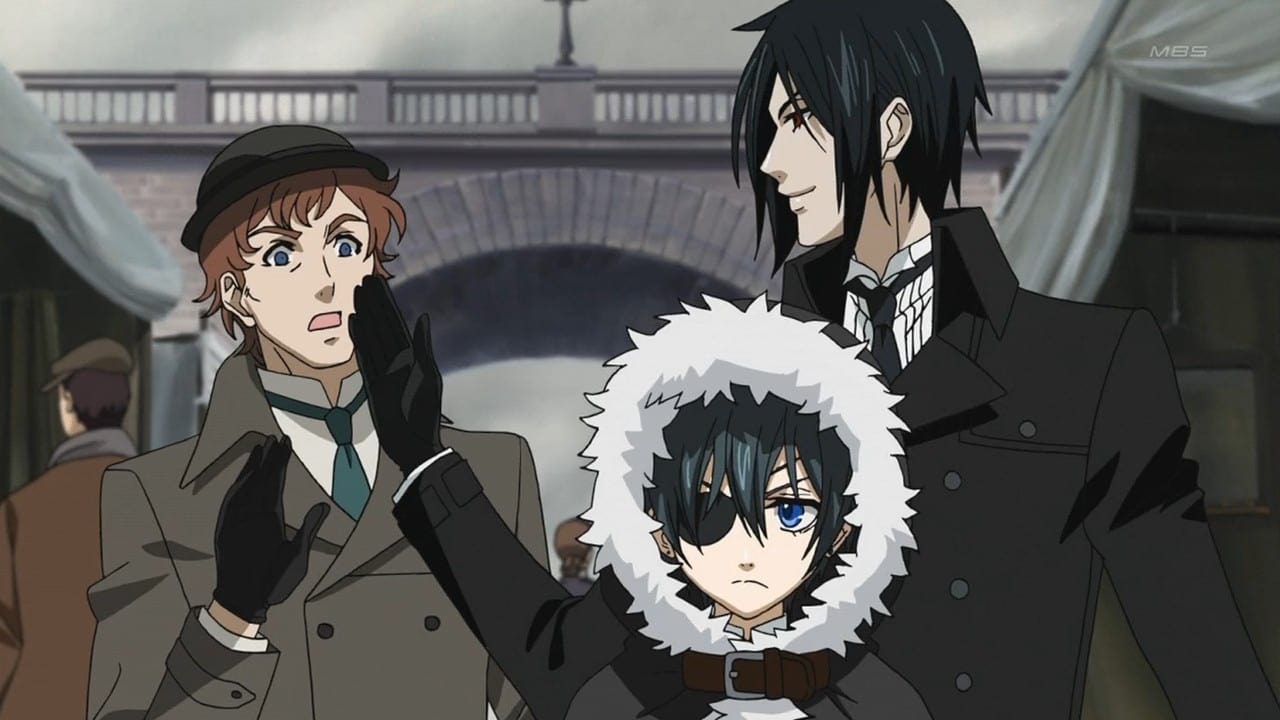 Ciel and Sebastian visit a festival held on the frozen Thames River and enter an ice-sculpting contest for the prize, a ring with a slice of blue diamond called the Shard of Hope, which is important evidence in an investigation by Scotland Yard into the kidnappings of several young girls. Sebastian creates an ice model of Noah’s Ark, complete with animals inside, but the Shard of Hope is apparently lost in the river following a bombing incident. Meanwhile, Elizabeth desperately looks for a present for Ciel’s birthday. She later discovers the Shard of Hope in a toy ship she has bought.